A curiosity (defined): “that which arouses interest  especially for uncommon or exotic characteristics. Ex) An indoor toilet was once regarded as a curiosity.”

A curiosity (expressed): Under the heading of, “A CURIOSITY”, the August 15, 1848 issue of The Long Island Democrat [1] has: “WOMAN’S RIGHTS CONVENTION – This Convention assembled in Seneca Falls (NY)… The meeting on Monday was only accessible to females, who drew up and signed a ‘Declaration of Sentiments,’ which reads as follows: – ‘When in the course of human events it becomes necessary for one portion of the family of man to assume among the people of earth a position different from that which they have hitherto occupied, but one to which the laws of nature and nature’s God entitle them… We hold these truths to be self-evident–that all men and women are created equal…’.”

A curiosity (redefined): That which, if pursued with vigor, principle, and considerable sacrifice, has the power to change the world! 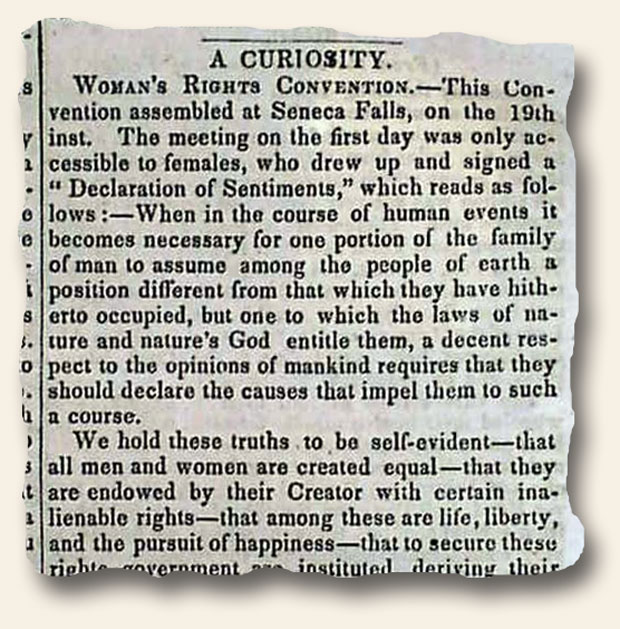