On April 15, 1912, the R.M.S. Carpathia became the hero of the day by coming to the rescue of many of the survivors of the Titanic. For the next several stops it went is was met with cheering crowds of adoration. However, a mere half-dozen years later it met a German U-55 submarine, and it was not well-received. Three torpedoes later it joined the Titanic at the bottom of the sea. Sadly, unlike the Titanic, there were no survivors. How do we know? The July 20, 1918 Springfield Republican [1] put it in print. 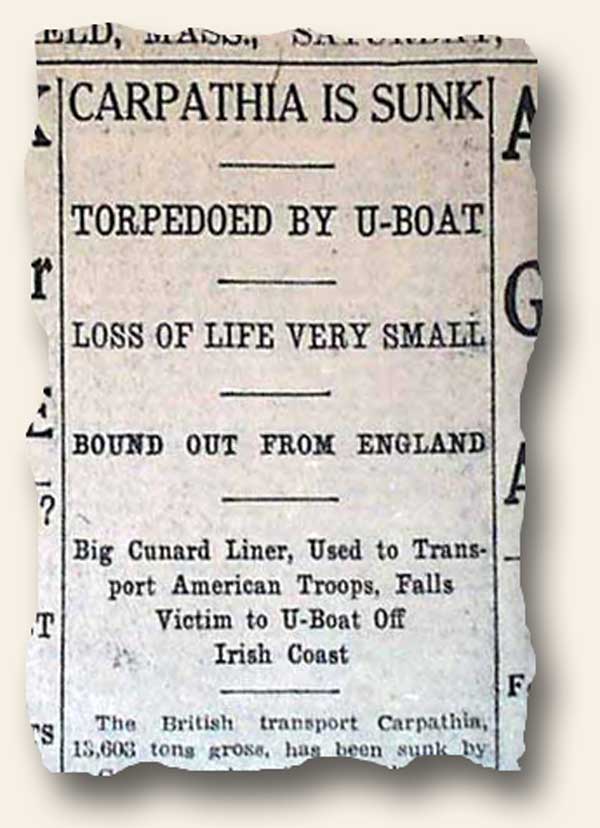