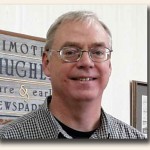 [1]The following is a note we recently received from one of the collector friends of Rare & Early Newspapers:

Happy to report that the section “Boston Journalism Firsts” and other contents of the Boston Journalism Trail site were used to nominate Boston for the Historical Site in Journalism Award given by the American Society of Professional Journalists, the largest journalists organization in the United States. The organization gave its 2014 award to Boston, thus for the first time honoring a whole city for the totality of its contributions to journalism. The organization’s president is to present the city’s mayor with a memorial plaque to be placed in a public space in downtown Boston in 2015. Thanks for all your support over the years.