It was such a tragedy to America when Alexander Hamilton, the founding father of the United States, chief of staff to Washington in the Revolutionary War, and America’s first Secretary of the Treasury, was killed in a duel, an event he opposed but honor forced him to participate.  His words from shortly before the duel are telling: ““My religion and moral principles are strongly opposed to the practice of dueling…My wife & children are extremely dear to me…I am conscious of no ill will to Col. Burr distinct from political opposition…But it was, as I conceive, impossible for me to avoid it…”.  The report is found in the “Middlesex Gazette” newspaper of July 20, 1804 [1] (see below).

His wounds at the hand of Aaron Burr–who curiously was Vice President at the time–would prove fatal. His comments give evidence to the value of honor among the early patriots, even when they lead to a tragic end. 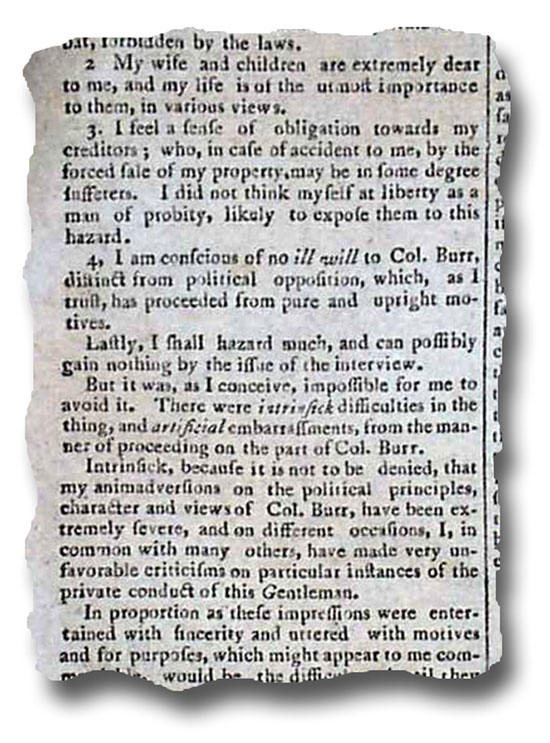