While celebrating the onset of the New Year through alcohol-blurred eyes has become an international tradition for many, before heading out to this year’s party, perhaps a gander at Dr. Benjamin Rush’s well known “Moral & Physical Thermometer” from the 18th century [1] is in order (see below). While this work certainly holds a degree of validity, I wasn’t aware God measured morality according to such a scale, and I’ve searched without success to find such a tool within His Word. Might Dr. Rush [2] have been using a different translation – or was this creation garnered from years of observation??? 🙂 Regardless, while no such measuring stick has been bestowed upon humanity by their Creator, taking heed to the inherit dangers of over-consumption and His warnings regarding drunkenness would be both a wise and safe way to begin the new year. The passengers and drivers of vehicles you’ll be passing on your way home thank you in advance. Cheers! 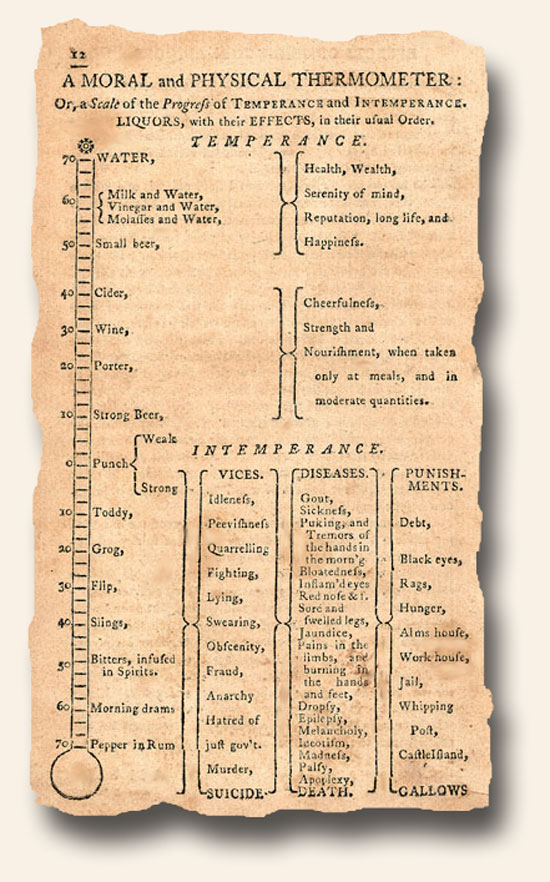