Editorials from the 19th century were often quite frank and not afraid to mince words, and perhaps the most scathing comments were found in newspapers during the Civil War years. The “Daily Examiner [1]” newspaper from Richmond, Virginia, January 20, 1865 [1], has an editorial which begins with some very biased words about Andrew Johnson: 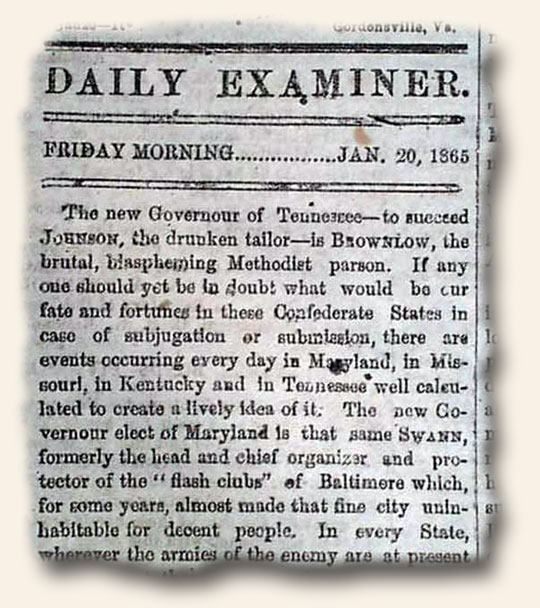