The November 4, 1863 [1] issue of the “Daily National Intelligencer” contains a curious and ironic bit of reporting, page 2 containing a lengthy report on the appearance of the distinguished son of Junius Brutus Booth–John Wilkes [2]–at the new Ford’s Theatre in Washington. The next column contains an innocuous letter signed in type by the President: A. Lincoln.

The facing page includes an advertisement for “Ford’s New Theatre!” noting the appearance for the: “…first and only time…the distinguished tragedian, MR. J. WLKES BOOTH in Schiller’s great master piece, the Robbers…”.

Of course no one could have suspected the tragic connection between these two famous names which appeared on the same page in the same newspaper, some one and one-half years before fate would find their names on the same page once again: 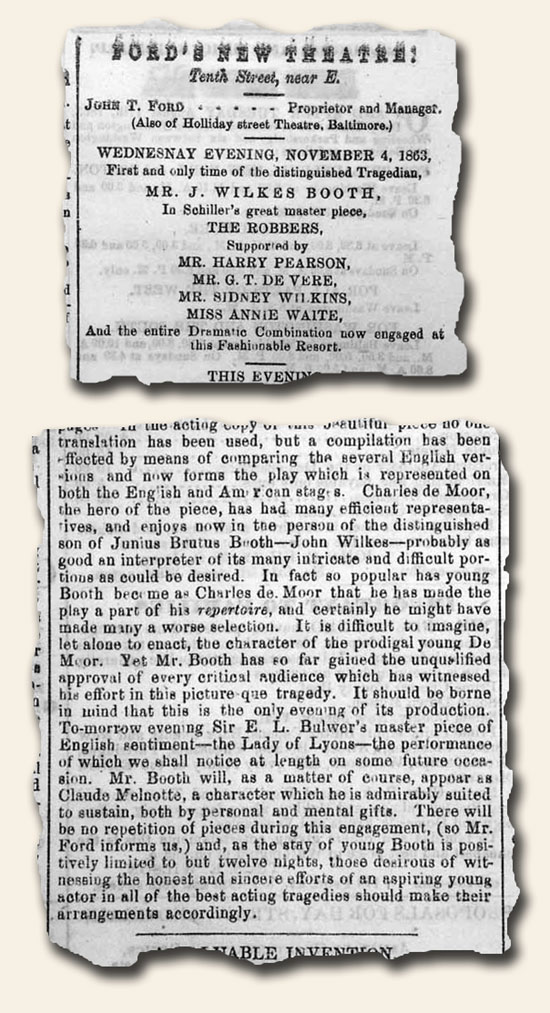