It is not uncommon that runaway reward ads include a small engraving of a person, but never have I seen an engraving of so well-heeled a runaway as this guy. And his reward of “1 mill” is a bit of an insult as to his value. This ad appeared in the “Middlesex Gazette” from Middletown, Connecticut, July 29, 1829 [1]… 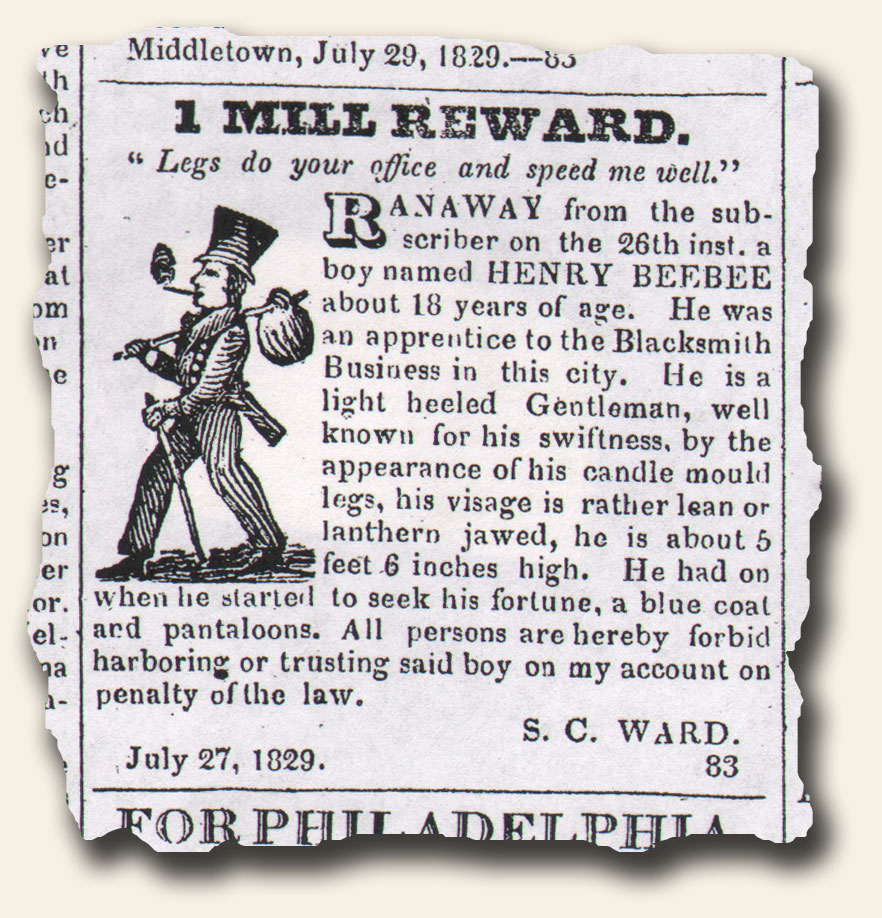