The “SCIENTIFIC AMERICAN” issue of  November 5, 1892 [1] includes an extremely inconspicuous item that would never be noticed for what it is. Near the back of the issue the editor would answer various questions of writers, and this issue includes response to five inquiries from a nine year old boy by the name of Walter P. Chrysler [2]. Yes, this is the same Mr. Chrysler who would found the car company some years later. Obviously he was a bright & inquisitive young boy destined for great things in life. See the hyperlink for the reference from the book “Life Of An American Workman” which verifies the mentioned questions were from him… 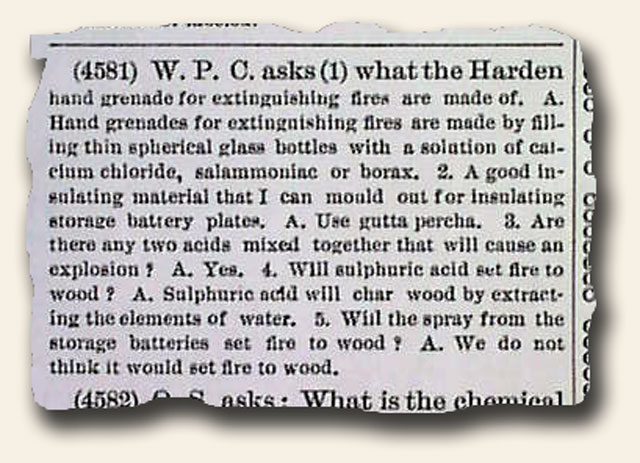