It is easy to assume the 1903 “first flight” in Kitty Hawk instantly made Wilbur and Orville Wright [1] household names, but the truth is this momentous event was ignored by many newspapers, and even when it did appear the coverage was minimal and often buried on an inside page. Sadly, this trend continued for several years, with the newspapers in France being a notable exception. However, continued progress with their experiments in flight, coupled with the setting of one record after another, eventually led to them receiving the recognition they deserved. Although a hair more than 5 years after their historic flight in Kitty Hawk, the January 2, 1909 Scientific American [2], published shortly after the Wright brothers won the first-ever Michelin Cup [3], included one of the most eloquent tributes of the era – words which embody what was once meant by “The American Spirit”, and continue to stand tall as a recipe for meaningful achievement. 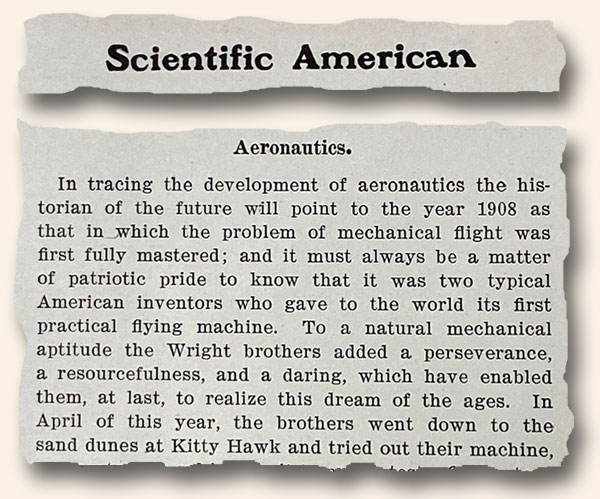