I have always been a collector, I guess it is in my genes. It started with coins when I was very young, I think it was when I was in the second grade. Like most collectors, I migrated within a category, from coins to error coins, to U.S. paper currency, to foreign currency, then to U.S.error currency, and so on. Next came the migration from category to category, from numismatics to scripophily to autographed manuscripts and then rocks & minerals (including arrow heads and meteorites). Finally, about 40 years ago, I stumbled across historical newspapers. Specifically, I collected newspapers concerning the stock market (panics and crashes), as well as news stories concerning the Robber Barrons (people like Jim Fisk, Jr., Daniel Drew, Commodore Vanderbilt, Jay Cooke, and the Rockefeller’s to name a few).

So after I had purchased all the items to be framed, I started looking through the Revolution newspapers and was stunned by the quantity but especially the quality of the Robber Barron coverage in the newspaper. It was extraordinarily detailed and insightful as can be seen by some of the commentary I have attached. Their ability to dig up scuttlebutt on what shenanigans the key players were up to and the intimate detail with which it was reported was extraordinary. Well, I had no idea that information was in those newspapers, and it delighted me beyond what words can express. Old newspapers are pieces of history you can keep, they are time machines which allow us to look back in past. They also make you think. You can hold them in your hand and learn from them, and sometimes they move you and end up not just in your, hand and brain but also in your heart. 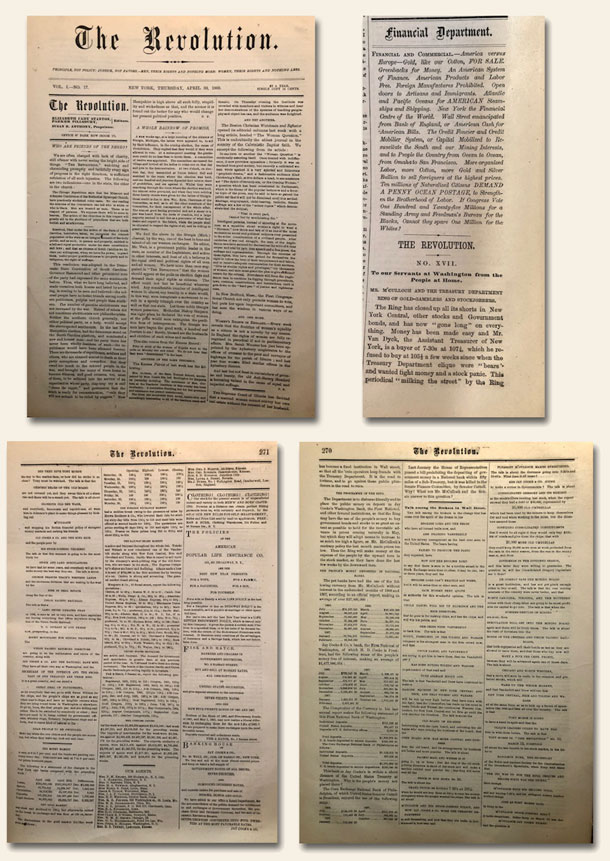