Typically, the day after a MLB team is defeated in the World Series, an acknowledgement along with a few humble, congratulatory remarks are the focus of the losing team’s hometown newspaper. However, after the New York Yankees eliminated the St. Louis Cardinals in the 1941 World Series, the St.Louis Post-Dispatch [1] decided to ignore decorum and instead, predicted that the following year, the Cards would return to defeat the Yankees in the 1942 World Series? How do we know they made such a bold prediction? They put it in print – and, Nostradamus would  have been proud. The following year both teams returned to the World Series, and the Cards defeated the Yankees in only five games. 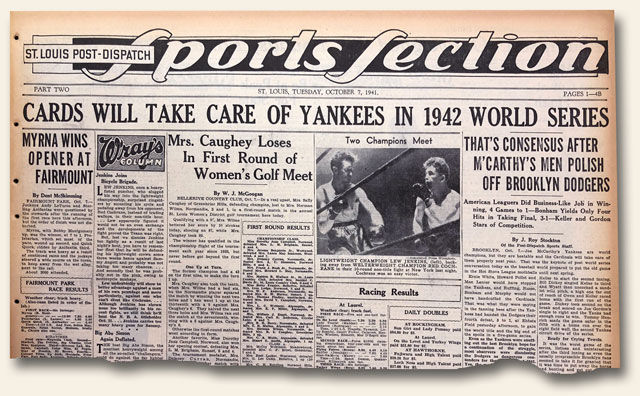